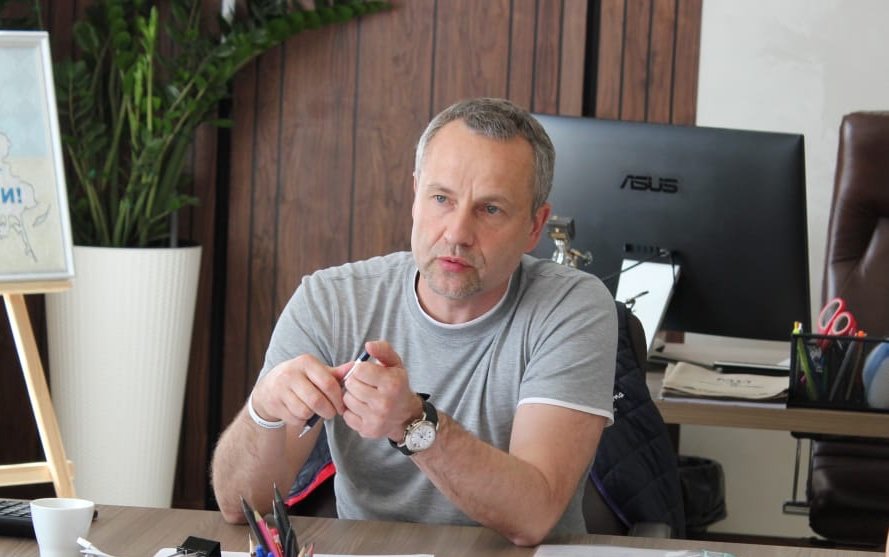 🧵 Ukrainian mayor of occupied Kherson has been abducted. The US Department of State must officially designate Russia as a state-sponsor of terrorism. khpg.org/en/1608810796

.@ZelenskyyUa As of the evening of June 28, the total number of russian missiles that have hit Ukrainian cities are estimated at 2,811. russian missile hits shopping mall in the city of #Kremenchuk

The Ministry of Defense of the aggressor country stated that the mall in #Kremenchuk did not work and that the strikes were carried out on weapons depots. However, this is a lie: at least 18 people were killed and 36 are still missing as a result of the missile strike.

Another act of the russian genocide of the Ukrainian people. This time the ruscists targeted a mall in #Kremenchuk, in the afternoon when it is always especially crowded. The war criminals wanted to kill the civilians, deliberately aiming for the maximum number of casualties.

Today I am attending G1 summit

Vladimir Putin raised a toast in honor of the unity of #BRICS Putin: We are working on global reserve currency to replace the dollar

Judging by the happy faces of these guys, very bad surprises await the "Kremlin Fuhrer".

Russian patriarch Kyrill and a supporter of Russian genocidal war has literally hit the new low.

#Putin's priest Patriarch Kirill fell during the consecration of a temple in #Novorossiysk.

🚨🚨🇺🇦🇺🇸#Breaking: U.S. long-range rocket systems arrive in #Ukraine after Zelensky promises he won't use it to target Russian territories.

🇦🇹⛽🇷🇺 | #Austria to revert back to #coal so as to survive the Energy War being waged by Russia against Europe.

🚨 #ALERT 🇪🇺 | The energy supply situation in #Europe is now CRITICAL and a full blown crisis. 🇺🇲⚡🇷🇺 | if #NATO does not declare total war against #Russia and overthrow Putin, we may be witnessing the beginning of the end of Western Civilization.

#RUSSIA: Municipal representative Alexei Gorinov in a #Moscow courtroom "aquarium." Sign: "I am against war" He faces a 10-year prison sentence for suggesting a minute of silence to honor the dead at a government meeting on Mar 15.

🤡Patriarch #Kirill: "#Russian servicemen during the special military operation in #Ukraine and #Donbas show amazing examples of courage and self-sacrifice, and it all comes from their 'inner moral sense'...".

#NATO chief Stoltenberg warns in Bild am Sonntag that support for #Ukraine must not lag. "If Putin learns from this war that he can simply carry on as he did after the 2008 war in Georgia and the occupation of Crimea in 2014, then we will pay a much higher price.” 1/2

“The support of Ukraine’s EU candidate status one week before the EU summit is a very strong political message by Scholz, Macron and Draghi. It is especially strong as Germany...was one of the most hesitant member states.” – Our @D_Schwarzer youtube.com/watch?v=BzwI51…

When Hungary's Orban nixed sanctions against Russia's Patriarch Kirill, it was just another move in a century-long power play. Read more here. themoscowtimes.com/2022/06/17/why…

⚡️A powerful fire at a paint and varnish plant in Odintsovo, Moscow region of the Russian Federation. Video from social networks.

The Security Service of #Ukraine published an entertaining video of how #Russian occupiers "demilitarized" a supermarket in the #Sumy region, from which they were soon kicked out and driven to #Russia.